Sara-Beth Donovan appointed as president of Media Only, a business unit of Mintz + Hoke

Connecticut-based media planning and buying operation has grown significantly under her leadership, including the acquisition of clients that span the continental United States and beyond

AVON, Connecticut — April 9, 2019 — Mintz + Hoke has appointed Sara-Beth Donovan as president of Media Only, a business unit of Mintz + Hoke specializing in strategic media capabilities. The Media Only business unit operates as an independent entity, reporting back to Mintz + Hoke. Media Only serves clients whose creative originates elsewhere, including other agencies, and also partners directly with other agencies that do not have a complete suite of media services. Functioning as an extension of other creative teams, Media Only provides a niche area of expertise for outside agencies and client partners to fully create and execute against a media strategy including research, integrated media planning, media buying, experiential activations, promotions, social media and analytics. 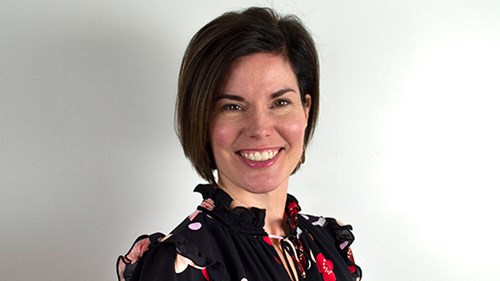 Donovan will continue to provide client support in her new role, which she notes is always her primary area of focus. She has steadily increased her responsibilities as the Media Only business has grown during her tenure that now includes a roster of clients from all over the U.S., some with national and global reach.

“The Media Only team has grown in number, but also in expertise as the media landscape continues to evolve,” said Donovan. Media Only has experience buying on a global scale and regularly plans and buys for major metro markets across the U.S. from New York, Massachusetts and Connecticut here in the Northeast, reaching south into Pennsylvania, touching Chicago in the Midwest and all the way to the Pacific coast into Oregon and Washington State. “It’s my goal to further extend our expertise with new partnerships to bring unique media solutions to more clients,” said Donovan.

Several members of the Media Only team have been working with Donovan for more than a decade, a testament to her ability to grow and develop the next generation of media professionals—who are greatly needed as the operation expands. “There is some really exemplary talent among the Media Only team,” said Donovan. “Watching the team grow has really been a highlight of my career. The elevation of the role of media for successful campaign delivery continues to inspire me and has kept me in the industry for more than 20 years.”

President and CEO of Mintz + Hoke, Ron Perine, says it’s not just the time she has put into the business that made her successful. Becoming president of Media Only is something she deserves.

“Sara-Beth is more than a media powerhouse,” said Perine, “I need a strong team to lean on and each member of our senior leadership team brings a unique perspective to the table. When it comes to Sara-Beth, she is who I lean on as President and CEO. Her business acumen is second to none, which drives our growth at Mintz + Hoke.”

Sara-Beth Donovan is a resident of West Hartford and native of New Britain. She attended the University of Connecticut where she earned a Bachelor of Arts degree in Psychology and was later tapped to serve on the University of Connecticut Alumni Association board of directors, where she sought to strengthen the bonds among members of the UConn family, inspire pride, and provide support to quality programs and services. Throughout her career she has remained a passionate advocate for the American Society for the Prevention of Cruelty to Animals (ASPCA) and has been the recipient of many awards, including two from the Hartford Business Journal, 40 Under Forty class of ’13 and more recently, the “Women in Business” awards class of ’18, recognizing eight female members of the Hartford business region.