AVON, Conn. (October 26, 2021) –  Mintz + Hoke proudly announces the induction of its Managing Principal and CEO, Ron Perine, into the 2021 Ad Club CT Hall of Fame. With a career in advertising spanning more than 30 years, 27 of them at Mintz + Hoke, Perine helped launch and advance the digital age of advertising in Connecticut. As a leader in financial services and information technology, and with his keen understanding of the business, Perine was integral in Mintz + Hoke’s breakthrough into digital. The agency became early adopters, creating cutting edge work in the state. 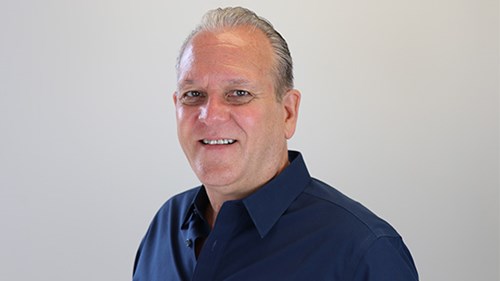 Under Perine’s leadership, Mintz + Hoke is celebrating its 50th year, a milestone few advertising agencies achieve, with its founding Street Smart principles at the core. Now called Immersively Different, the Mintz + Hoke brand, with Perine at the helm, continues to define its creative approach to immerse itself in the worlds of its clients’ customers to change perceptions and drive client results.

An advocate for DEI in our industry, Perine has expanded Mintz + Hoke’s hiring practices with both staff and interns during his tenure, including hiring an office assistant who has an intellectual and developmental disability. With Perine’s leadership, Mintz + Hoke also seeks clients and work that advances DEI. The agency’s effort to combat health disparities in the state with its client Access Health CT is just one example.

In his role as treasurer on the Ad Club CT’s Executive Leadership Team, Perine lends his financial and business expertise and positive, can-do spirit to create connections that lead to big ideas. His passion for keeping the Ad Club CT community together, especially through Covid-19, has helped the club navigate in uncertain times. Equally, his generosity with his time and to countless sponsorships has made a tremendous impact within the community. Perine’s visionary, compassionate leadership is a model for the advertising industry at large.

For more news and resources on Mintz + Hoke, visit our press kit.

Mintz + Hoke, an immersively different full-service advertising agency 50 years strong, today offers an array of creative, research, strategy, design, digital, media, public relations, analytics and brand activation capabilities. The agency has been recognized as one of Connecticut’s Top Workplaces by the Hartford Courant, FoxCT and the Hartford Business Journal. Learn more at www.mintz-hoke.com and connect with them on Facebook, LinkedIn, Twitter and Instagram. Join the conversation at #mintzhoke #mintzhoke50 #immersivelydifferent.