AVON, Connecticut—March 27, 2018—Mintz + Hoke has welcomed several new faces to the agency and advanced the status of others through new appointments and promotions. 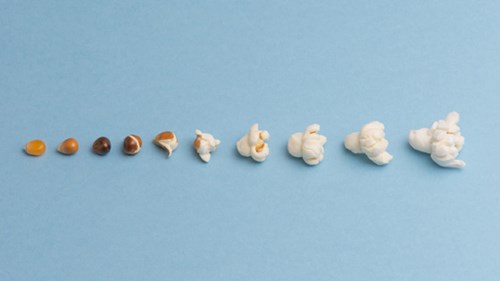 Amanda Garner, of Simsbury, has joined the agency as an account director. She has more than 15 years of experience, drawing on previous agency roles and appointments within the health care industry at Aetna Inc. and Magellan Healthcare. Garner earned a bachelor of arts in Communications from the University of Connecticut and a Masters in Business Administration from the University of Hartford. She reports to Principal, Client Service, Kara Mitchell.

Colby Moore, a Simsbury resident and native, joined the agency as a junior developer. He is a recent graduate of Marist College where he earned a bachelor’s degree in Computer Science. He reports to Director of Digital Technology, Kathy Morelli.

Tim Drugan, a resident of Manchester, joined the account service team as an account executive. He oversees clients within manufacturing, technology, insurance, consumer and transportation industries. He is a graduate of the University of Connecticut where he earned a bachelor of science degree in Business Administration. He brings several years of agency experience to the firm. He reports to Principal, Client Service, Kara Mitchell.

Ben Cadwell, of West Hartford, has been promoted to the role of account supervisor having previously held the roles of account executive and senior account executive. His five-year tenure with the firm has been marked with many successes, including the growth of existing business and securing new business opportunities. He will continue to maintain client relationships, especially within the transportation and social services industries, and manage staff within the client services department. He reports to Principal of Client Service, Kara Mitchell.

Rena Astle, of Portland, has been appointed to the position of director of project management and creative services. A veteran of the client services department, Astle has developed a strong aptitude for creating efficiencies across the various agency disciplines. In her new role, she helps to manage workflow with an emphasis on moving work through the creative services department. She reports to agency President and CEO, Ron Perine.

Kolbe Fitzgerald, a resident and native of Farmington, has been appointed as a copywriter after three successful years as a Mintz + Hoke account coordinator. He was introduced to the advertising agency serving within account services, a role in which he excelled and built a foundation for professional growth. As a copywriter, Fitzgerald now focuses primarily on the creative product. He reports to Vice President, Creative Director, Grant Sanders.

Jen Musto, a resident of Bolton, has been appointed to the new role of digital advertising manager. Musto previously held the role of rich media designer where she was instrumental in helping the agency transition to the many changes in the digital advertising space. In her new role, she will continue to keep the agency abreast of the nuances and large scale changes to digital capabilities as opportunities expand in an increasingly digital world.  She reports to Director of Project Management and Creative Services, Rena Astle.